This Smart City Framework (initially published on LinkedIn) was excerpted from a comprehensive global study of smart city strategies by ArcInsight Research Partners. The first part of  this research paper reflects the group’s findings so far, and incorporates insights shared by numerous industry practitioners, strategy-thinkers, and IIoT experts.

THE URGENCY ABOUT SMART CITIES TODAY

Megacities Are Emerging (cities with population of 10 Million or more)  : In 1990 there were 10 megacities cities and home to 153 million people, representing less than 7 % of the global urban population. Today, the number has nearly tripled to 28, the population they contain has grown to 453 Million, and account for 12 % of the world’s urban dwellers. 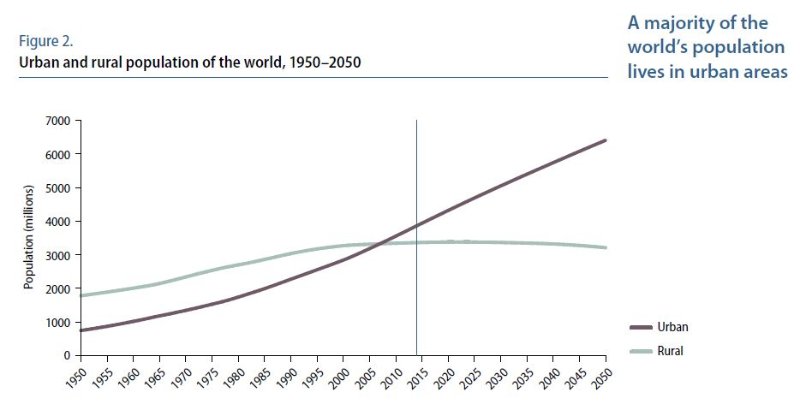 The New York metropolitan area became the world’s first megacity in 1950, with a population of 10 million people or more.

On the other side, more than 275 million people will move into India’s teeming cities over the next two decades.

Half of the world’s population currently live in cities. This number likely to reach 70% by 2050. Actions are required to ensure the demands of stretched infrastructure, services and resources can be met effectively.

By 2050, planners predict there will be 40 megacities around the world. In terms of economic might, these forty city-regions may be responsible for over two-thirds of the total world economy and most of its innovation. To fuel further growth, an estimated $53 Trillion will be invested in urban infrastructure in the coming two decades.

Three kinds of cities are driving the new urban topology: global hubs, mega-cities, and gateway cities. While these categories are fluid and sometimes overlapping, each has unique attributes and roles in a city-dominated world.

Global Hubs are also global capitals, the top nodes of the world economy into and out of which much of the world’s wealth and talent flows. They are household names around the world: New York, London, Hong Kong and Tokyo, etc.

Mega-Cities are the hugely populous magnets not just in their countries but sometimes for entire regions: São Paulo, Lagos, Cairo, Istanbul, Mumbai, Jakarta, and others.

Gateway Cities are a crucial new layer of urban development in a fast-growing world. They are regional clusters that facilitate access to frontier markets. Such cities include Cape Town, Dubai, Tripoli, Almaty, and Kuala Lumpur. Gateway cities are competing most fiercely to brand themselves as emerging hubs.

Having painted a bleak outlook, we must ensure not to lose sight of the fact that sooner (than later) global developments (economic / demographic / aspirational) will drive us to invest in Smart Cities. One hopes the drivers will have more socio-economic urgency, than merely aspirational.

Within the next three years, one-third of medium- to large-size cities will “define their Smart City Roadmap leveraging third-party maturity models and best practice studies.” Economic growth and livability also are high on the list. IDC forecasts that through 2018, 90% of smart city action plans will concentrate on supporting socio-economic efforts to reduce economic divisions, increase domestic industry and the number of skilled workers. Within the same time frame, 75% of state and local organizations will draw on citizen data generated from external sources and use it for transportation management and real-time crime centers — although they will be challenged with the task of converting data from a variety of sources and formats into information they can use quickly and effectively. 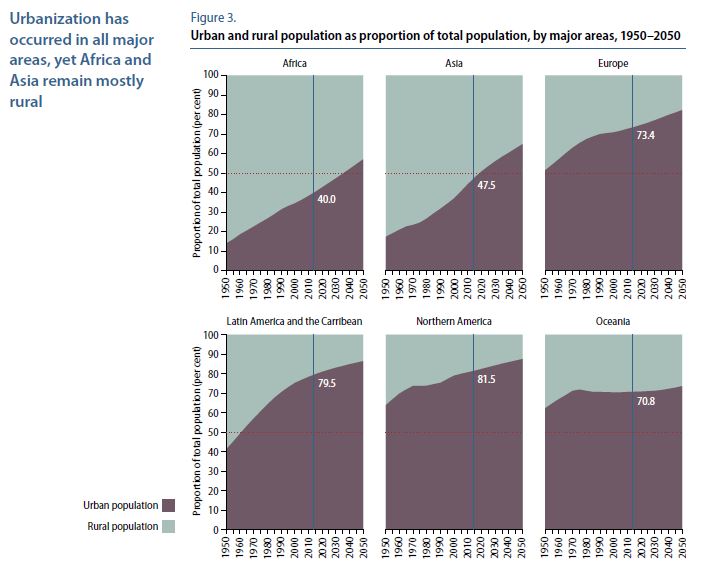 WHAT IS A SMART CITY ?   The Noise & The Perceptions.

The sad response is, there is no universally accepted definition of a Smart City. It means different things to different people. The conceptualization of smart city planning, therefore, must vary from city to city and country to country depending on, the level of development, willingness to change and reform, available resources and aspirations of its city residents. A smart city should have a different connotation for Bangalore than, say a city such as Berlin.

Looking at initiatives underway around the world, a more apt description may well appear thus. A Smart City is a set of disjointed vertical systems (or system-of-systems) implemented to deliver a narrow set of civic services.

Neither definition serves to complete our understanding of a smart city strategy any better. And if you believe things get easier, here are five more definitions reminiscent of the five blind men trying to describe a big elephant. The elephant being the conception of a smart-city itself. The five men are not exactly blind but highly competent entities. They simply visualize a smart-city through their own opportunistic blinders.

A fellow researcher shared some interesting and important thoughts recently.   “The challenge with attempting such a broad synthesis within a succinct definition is that you end up with a very high-level, conceptual definition – one that might be intellectually true, but that does a very poor job of explaining to the wider world what a Smart City is, and why it’s important.  We need a simple, concise definition of Smart Cities that ordinary people can identify with. To create it, we need to reclaim the “Smart” concept from technologies such as analytics, the Internet of Things and Big Data, and return to its original meaning – using the increasingly ubiquitous and accessible communications technology enabled by the internet to give people more control over their own lives, businesses and communities.”

Also, because of multiple perspectives about the concept, many Smart City discussions quickly gravitate towards arguments between opposing camps (as opposed to constructive ideas): infrastructure versus people; top-down versus bottom-up; technology versus urban design; proprietary technology versus open source; public service improvements versus the enablement of open innovation

The consequence of this lack of cohesion and focus is that very little real money is being invested in Smart Cities to create outcomes that cities, towns, regions and whole countries have set out for themselves in thousands of Smart City visions and strategies.

CHARACTERISTICS OF A SMART CITY

The Rational Test:  That incremental value is generated from two sources (a) Integration and (b) Insight. Everything else is mere city development projects.

Integration ensures control information generated by one vertically-focused system can identify and combine, with that generated by another similar system serving a different control function.   Insight occurs when the combined data sources are cleansed, organized and run through algorithmic processes to generate patterns (consumption, behavioral, of events, and of motion).

Smart Cities Feature Sustainable Urbanism With An Adaptive Capacity For Resilience. By Design.  (A Rational Definition)

Do Smart City Design-Templates Matter:  Let’s illustrate the design challenge with three data points. Singapore and Dubai were cities created by design from a well-defined blueprint. Both these cities went from a nondescript desert town and a sleepy backwater to one of the most developed cities in the world, all in a space of 50-odd years. Both great candidates to be smart cities.

Contrast this with the city of London which has a 1000-year recorded history of continuous habitation and use. There is Mumbai, a city with a history not quite as long, but on an entirely unique economic path. One could in a short 5 year period turn a city like Dubai towards autonomous transportation without too many challenges (try doing the same in a city such as Mumbai). Interestingly while both could benefit immensely from autonomous transportation, strategies to implement this smart city component must take widely divergent tactical paths.

All three candidate cities are moving headlong into the future at a pace unimaginable 50 years ago, and (for good, or for bad) will be unable to reverse time nor slow their economic course of growth, given how tightly integrated they are with global economic systems, and their accepted designation as “too-important-to-fail” economies from a systemic standpoint.

A universal design-template/paradigm/ does not lend itself to replication around the world without close evaluation of contextual realities within which cities are evolving.

Smart Cities Set Divergent Goals To Align Local Economic Priorities   Smart cities need not be thought of as cities of the future. They can be the cities of the present. By the end of the current decade, many technologies critical to a smart city, including monitoring and sensor technologies, intelligent traffic systems, and energy management systems for buildings, will be deployed on every continent. And while no single solution defines a smart city, the technologies being put in place today are pieces of the smart city puzzle. The easiest implementation of a Smart Cities project is one of a city that doesn’t exist. To build-in state-of-the art systems, processes, governance and technology at the core of a city in the process of being created is probably an ideal use-case of a smart city strategy, and certainly a rare opportunity for city planners.  (We will examine several examples of such opportunities in Part-2 of this research article.)

However, the more likely situation is one of a city that has evolved over a hundred (or hundreds of) years with a mix of tradition and modern systems, has hundreds of thousands/millions of residents actively inhabiting it and an economy doing just fine. Considering a rip-and-replace strategy is practically unimaginable here.

Mature economies in Western Europe, the United States, and Japan see similar opportunities, but in many cases different challenges. These regions boast highly engaged citizens, sophisticated and multi-layered government, and deep access to investment and technology innovation. Yet their decades-old systems are aging and deteriorating, rarely sharing information, and often operating under the responsibility of different departments or public jurisdictions.

As an example, the European Union (through the European Smart Cities and Communities Initiative) has targeted emissions reductions in cities as critical to its goal of reducing overall energy use by 20% by 2020, and to the development of a low carbon economy by 2050.   A perspective from one such smart city candidate makes the point very effectively.

A FRAMEWORK FOR SMART VALUE CREATION 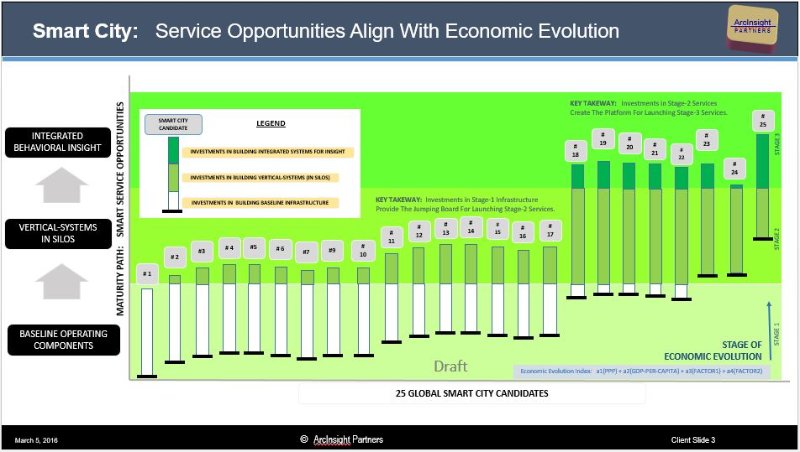 Mapping The Strategic Context : There is no such thing as a universal design for Smart Cities. To be clear, there is not a single example of a smart city in existence today. ZERO. Just Not Yet. What exists today is merely a disjointed set of technology enabled vertical systems (or a system of systems, at best) that partially address one or more city priority or two on a standalone basis. We are nowhere close to the aspirational goals a smart city purports to deliver.

Addressing The “Appropriate Funding-Model” Dilemma :  This is an elephant in the room. How are the funds generated?.   What is the process of allocating funds for your smart city priority?.

Ensuring Successful Monetization For Sustainability :  No amount of public funding can keep a smart city initiative alive if it fails to launch public-facing services that generate their own economic rationale (monetization streams) to survive over the long haul.